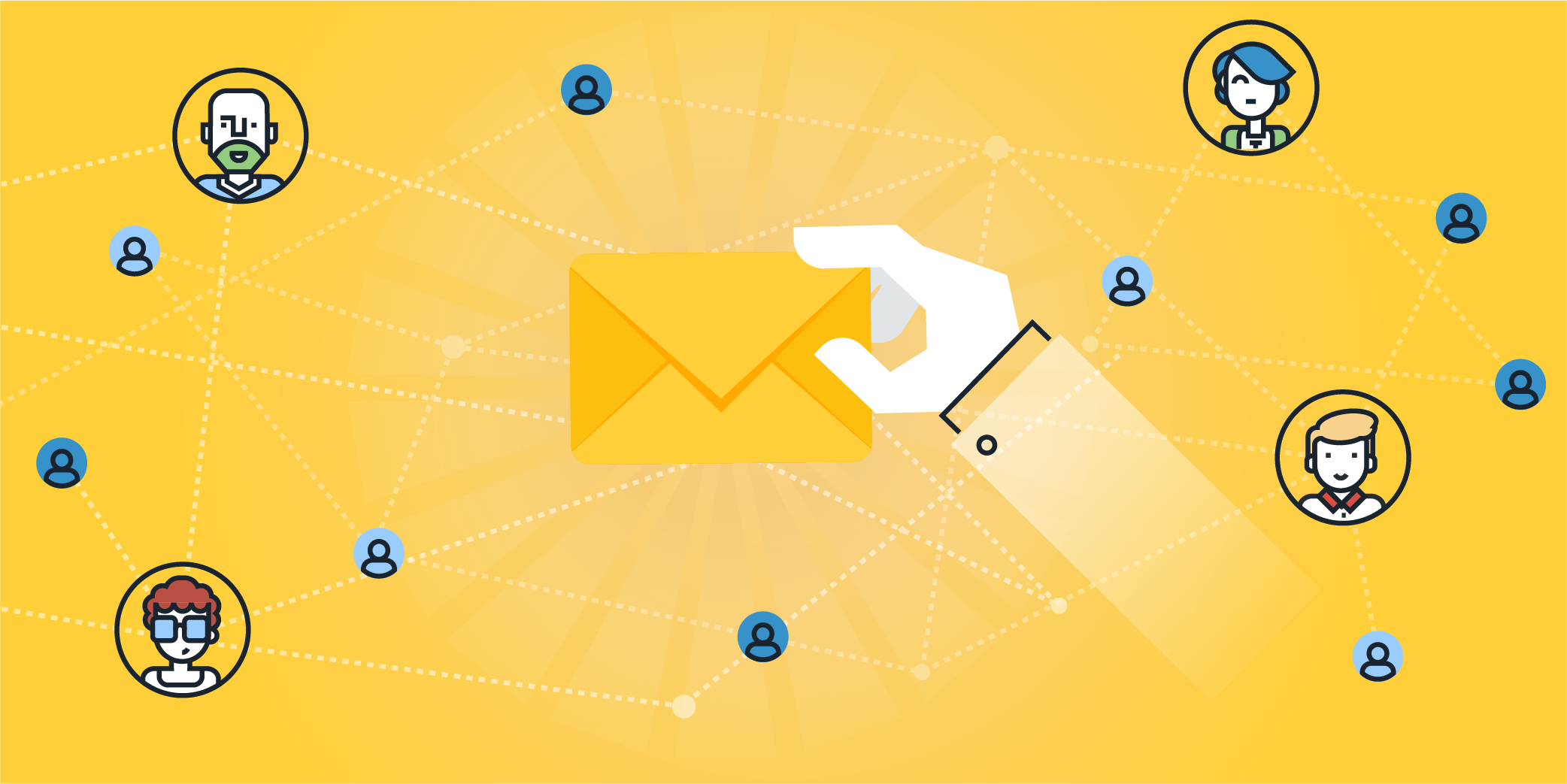 Cyber threat intelligence firm PhishLabs reports that phishing remains the dominant attack vector for hackers, with a 31.5 percent increase in attacks over 2020. According to the firm’s latest Quarterly Threat Trends and Intelligence Report, social media has emerged as one of the fastest-growing attack vectors.

With phishing attacks growing in scale and sophistication, they are becoming more difficult to detect and even harder to evade. The most dangerous mindset is thinking that it can’t happen to you or that you would recognize one of these attacks. Today’s sophisticated attackers craft legitimate-looking targeted phishing campaigns designed to hook even the most seasoned user.

10 real-world phishing attacks that could have been prevented:

Tech giants Facebook and Google fell victim to an elaborate payment scam that went undetected for nearly two years. Impersonating a Taiwan-based computer hardware manufacturer the companies used as a vendor, a Lithuanian hacker used spoofed email addresses and forged invoices and contracts to scam the companies out of more than$100 million between 2013 and 2015. This incident highlights how even the most sophisticated, tech-savvy corporation can fall prey to phishing scams.

A phishing attack in 2014 cost Sony Pictures more than $100 million when more than 100 terabytes of company data were stolen, including newly released files, financial records, and customer data. The hackers researched employee names and titles on LinkedIn then posed as company colleagues in malicious emails containing malware sent to unwitting employees.

Australian aerospace parks manufacturer FACC, whose customers include Airbus and Boeing, lost $61 million in a phishing scam in 2016. Posing as the firm’s CEO, the hacker sent a phishing email to an accounting employee requesting the transfer of a large sum of money to an account for what turned out to be a fake acquisition. This case illustrates the need for adequate internal controls and underscores the importance of ongoing security awareness training.

One of the most popular email attacks is business email compromise (BEC) scams, in which the attacker impersonates a company by hacking into a corporate email address and tricking employees or vendors to send money. In 2016, Belgian bank Crelan lost $75.8 million in a BEC scam. Discovered during an internal audit, the fraudsters had compromised the CEO's email account and tricked an employee into wiring the transfer.

Xoom Corporation was also the victim of a BEC attack in late 2014 that cost the electronic funds transfer provider nearly $31 million. The incident involved spoofed emails that were sent to the company’s finance department. The fraudulent requests resulted in the transfer of $30.8m in corporate cash to overseas accounts.

Attackers often use indirect methods to gain access to a larger, more high-value target. In 2018, state-sponsored Russian hackers gained access to the U.S. power grid after targeting smaller, less secure companies that had working relationships with the larger power grid organizations. They used phishing emails from a compromised account that the recipient trusted and had previous interactions with to get the person receiving the email to reveal confidential information.

Popular social media platform Twitter was hit by a social engineering attack in July 2020 that led to the hijacking of forty-five Twitter accounts. Dozens of high-profile accounts were compromised in the attack, including those of former President Barack Obama, Amazon CEO Jeff Bezos, and Tesla CEO Elon Musk. Deploying a successful phone phishing attack, the attackers stole employees' credentials and gained access to the company's internal management systems. The attackers used the hijacked accounts to tweet out bitcoin scams that netted them over $100,000.

In May 2021, major U.S. fuel supplier Colonial Pipeline was crippled by a cyberattack when attackers planted ransomware on the organization’s network after gaining access to an employee’s password, most likely through a phishing email. The attack forced the company to halt operations for about a week, resulting in the non-delivery of about 20 billion gallons of oil. Colonial Pipeline paid $4.4 million for the decryption key to unlock the ransomed data.

In early 2021, 10,000 Microsoft users were targeted in a package delivery phishing campaign designed to extract victims’ work email account credentials. Emails were sent out to recipients purporting to be from FedEx or DHL Express, containing links to phishing pages hosted on legitimate domains, enabling the emails to evade security filters.

How To Prevent Getting Hooked by Phishing Scams

There is an old Russian proverb that was popularized by President Ronald Reagan and is a good rule of thumb to avoid falling victim to phishing attacks: Trust, But Verify. In incidents like those highlighted above, employees who received these phishing emails complied with the fraudulent requests without first verifying that they were valid.

Phishing is a booming business that targets individuals and businesses of all sizes. Below, we've highlighted some steps you can take to prevent getting hooked by phishing scams:

Here at Hook Security, we like to say that your employees are your strongest defense. So taking proactive steps to increase security awareness can turn your employees into confident defenders against cyber attacks.

Get a free preview of our training here! 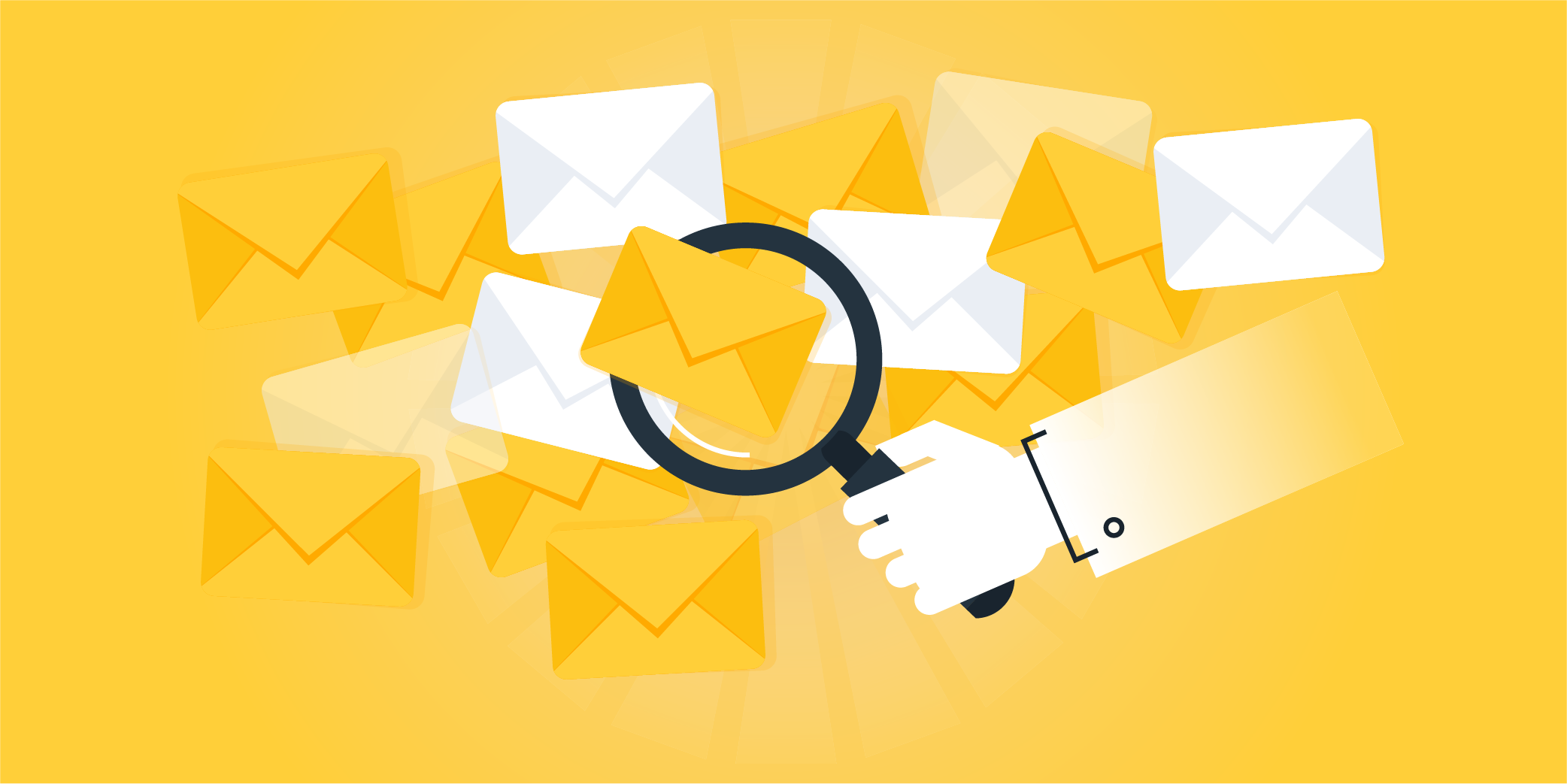 Phishing Testing for Employees: Why It Pays to Phish Employees

Phishing testing for employees is essential in that it ensures employees can adequately spot and avoid complicated phishing attacks. When accompanied with an instant training moment, sending employees phishing tests can help your users become more aware of popular phishing tricks and tactics. 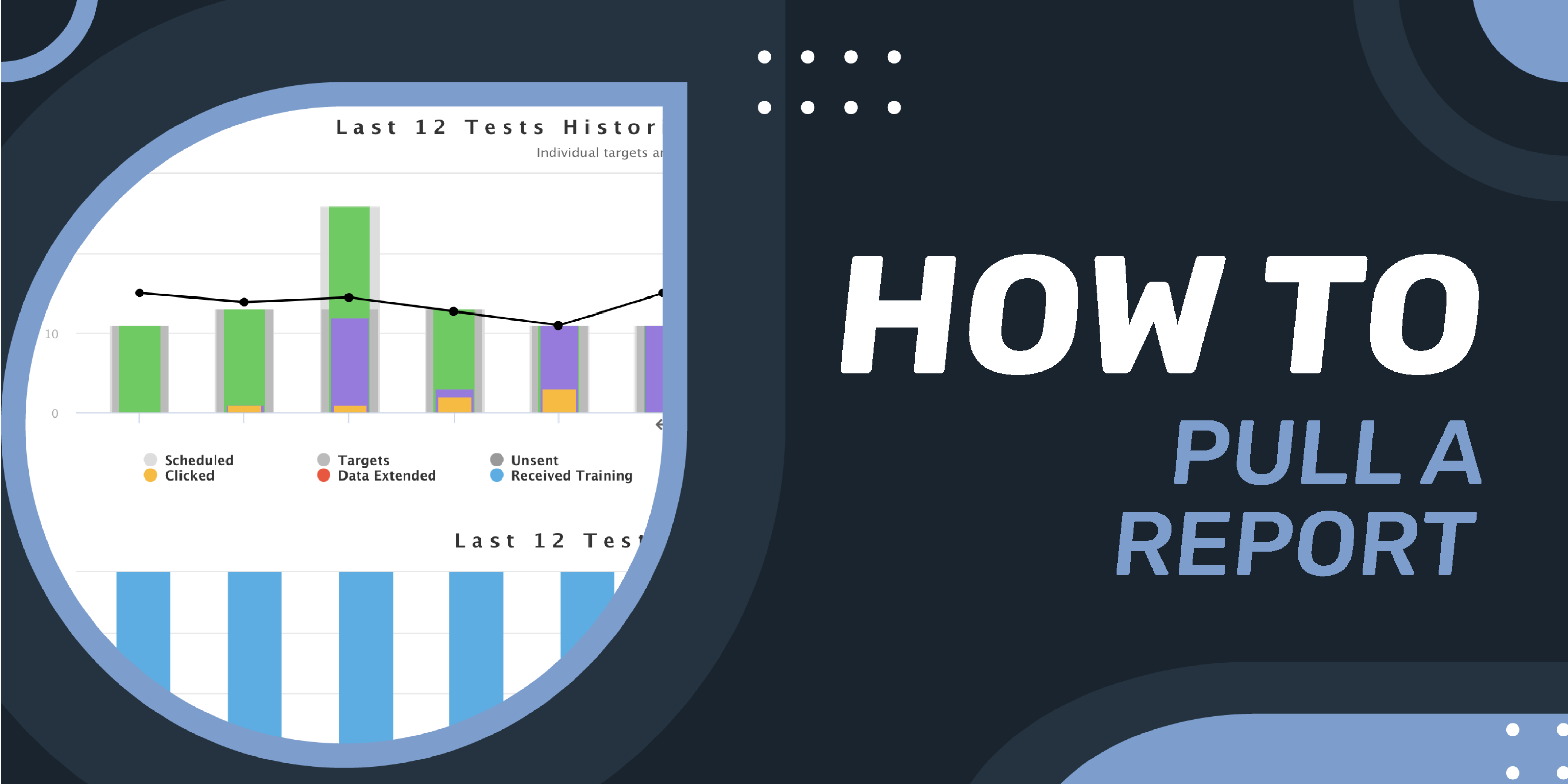 In this video, we’ll cover how to pull a report that shows how your users have been doing over the past twelve months. 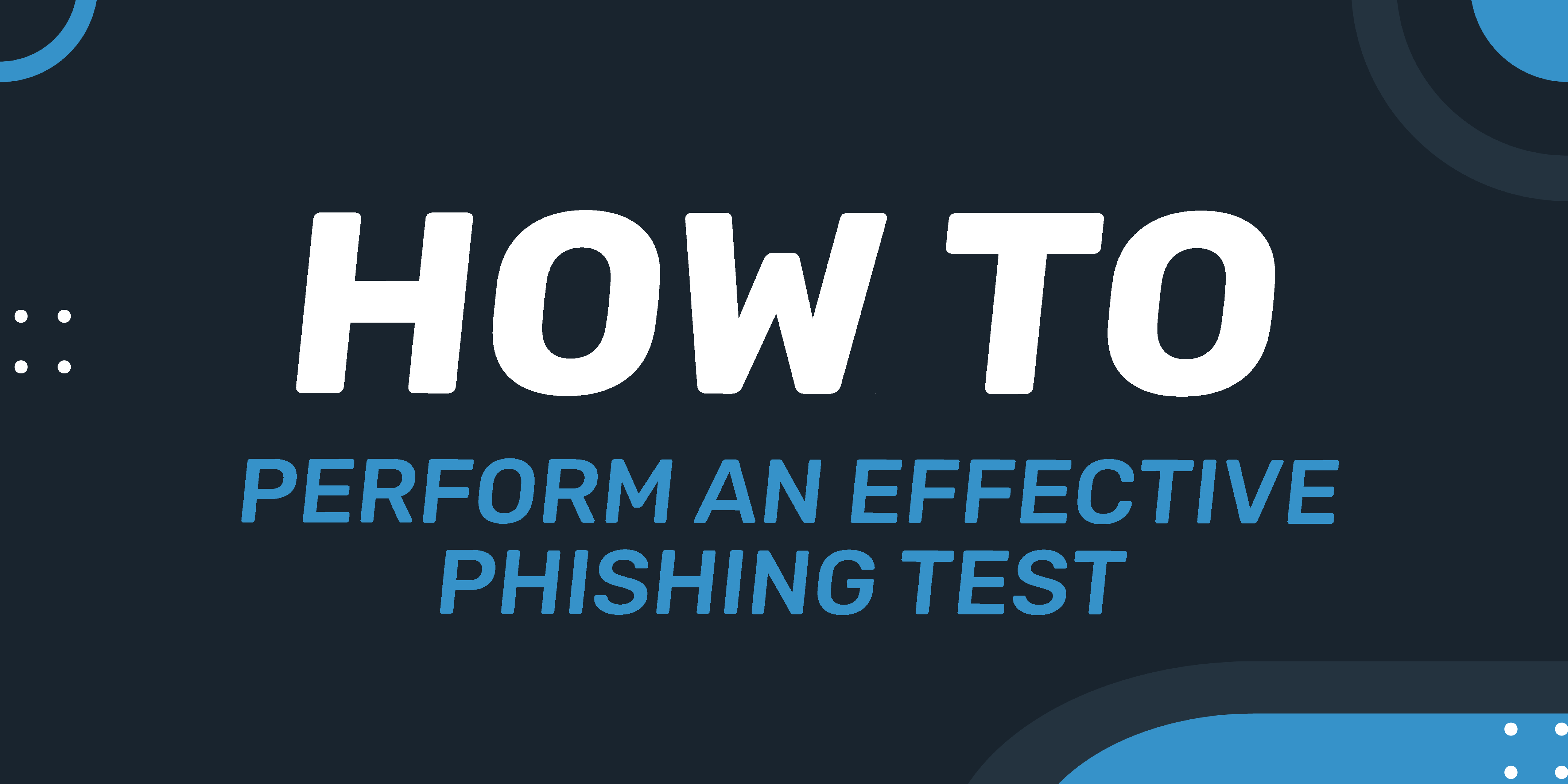 How to Perform an Effective Phishing Test

A complete guide to running an effective phishing test at work.